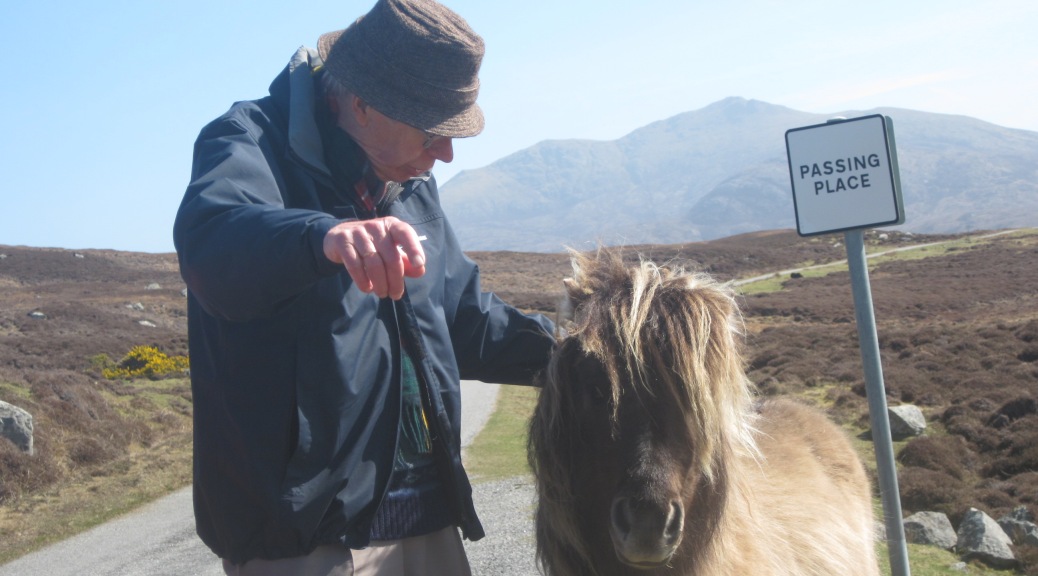 Welcome to Humphrey Fisher’s new blog.  Humphrey turned 80 in 2013, and this blog of his celebrates the diversity of his interests and contributions.  These range widely from his childhood experiences as a war child evacuee to North America to his academic career at London University specialising in Islamic history in Africa south of the Sahara.  They also cover very diverse religious experiences across different faiths, particularly Christianity and Islam,  Humphrey’s engagement with a hugely important African explorer, Gustav Nachtigal, as well as Humphrey’s own travels in Africa, and tales from the Welsh borders, where Humphrey has lived since 1986.  Much of this material constitutes valuable primary historical source material for future generations.

We hope you enjoy travelling with Humphrey through his blog.  Do take the opportunity to stop at passing places on the way, and to post your own comments!

This blog was set up with Humphrey by his son and daughter-in-law, Thomas and Julie in the Outer Hebrides of Scotland (where the photo was taken).  It will grow with contributions from Humphrey,  his family, his friends as well as his great computer teacher, Marianne Hall.  Thanks go to Gordon Wells and the Island Voices project, for giving us much advice.

The archival sound recordings and slides, especially from Africa, which will gradually appear on this blog, were digitised at the Uist Digitisation Centre (in the Outer Hebrides, Scotland), where Julie used to work.  Many thanks to all the staff who worked so diligently and carefully on this archival material.

One thought on “Click here for Welcome to Humphrey’s blog”