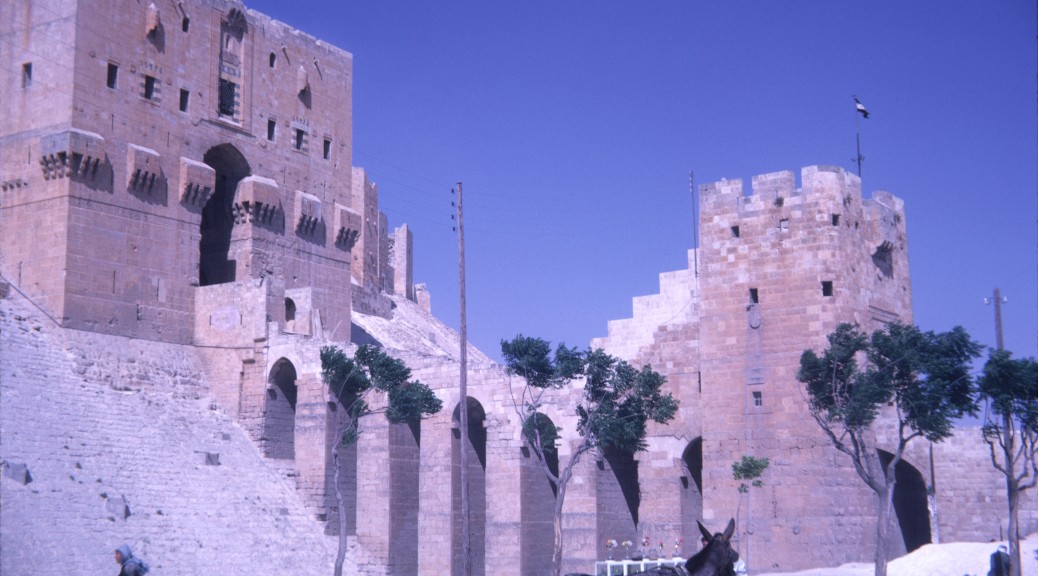 A family with two young children leave Syria, travelling through Turkey to Europe.

In 1962, Humphrey and Helga traveled through Syria with a 7 month old & a two year old in a transit van, returning home from Jordan to Germany & the UK. Not a journey to be undertaken willingly now, yet many such families have to attempt it, fleeing unwillingly.

The sights meeting the Fishers eyes contrast with those we see in our newspapers.

Today, thousands of families are hoping to flee before it is too late for them too, as shown in the  Guardian’s photo-essay of Eastern Aleppo as pro-Assad forces move in (15 Dec 2016). The final picture shows damage around the citadel site seen from the air (Photograph: Omar Sanadiki/Reuters)

These villages on the Fisher’s journey may be some of the places people flee through today. Here is something small we can do – try and get every country in the world to protest to prevent more massacre in Aleppo: click on Avaaz’s petition